Autoimmune diseases (such as Ankylosing Spondylitis, Lupus and others) are multifactorial in their causes, however some research now suggests a Paleo based diet may help autoimmune conditions and improve the underlying imbalance of gut micro-flora. The gut micro-flora generally has significant effects on gut and immune function. Despite the possible benefits of a Paleo based diet, we strongly recommend you seek the support of a suitable health professional both before making any changes to your diet or physical routine and as well as during the Program, so that progress can be monitored and guidance provided for any adjustments made to suit your individual sate. Monitoring by a medical professional of the dosages of any medications you are on is also recommended.
High Blood Pressure can be complex in some instances, so it is important (and we strongly advise) that you seek advice from your healthcare professional before making any changes to your current diet and lifestyle and have them carefully monitor you over the course of this program. We do not suggest that you discontinue taking any medication you might have been advised to take. Although we make no medical claims with respect to any specific condition, it is common for adherents to this dietary approach to report improvements in numerous health markers, including high blood pressure.
In the AM, swap your large latte and Benedict for poached eggs with nutritious sides: avocado, spinach, and tomatoes. In the PM simple dishes that are rich in quality protein and fat prove best: steak, poultry or fish, with a salad and vegetables. Avoid carb and sugar loaded options like pizza, pasta, and dishes that can hide other nasty ingredients. And of course, always say no to the bread basket.

The etiology of most eating disorders can be exceedingly complex, but nearly always involves significant key nutrient deficiencies. You may well benefit from the quality nutrition you will receive through this dietary approach. However we strongly advise that you seek help and support from a knowledgeable healthcare professional familiar with your personal circumstances before you embark upon this program, and also to have that professional closely monitor your progress throughout the program.


Cordain admits that meat leads to plaque and increases cholesterol where plants wouldn’t. And science establishes that plaque and cholesterol lead to heart attacks and strokes. But Cordain argues that plaque alone is insufficient to cause harm. Rather, it is plaque combined with inflammation that causes heart attacks and strokes. So avoid acid, salt, legumes, wheat, starchy vegetables, dairy, oil, fatty meats, and grains because they cause inflammation. But if both science and Cordain agree that plaque is a necessary part of the heart-disease equation—and that meat causes plaque—why should we follow Paleo rather than just forgo meat?

We’re in a position to understand more of the benefits of the Paleo diet now that we have a basic understanding of which food sources are emphasized. One major benefit of the Paleo diet is an increased consumption of vitamins, minerals, antioxidants, and plant phytochemicals. Whole grains are not a good substitute for grass-produced or free-ranging meats, fruits, and veggies, as they contain no vitamin C, vitamin A, or vitamin B12. Many of the minerals and some of the B vitamins whole grains do contain are not absorbed efficiently by the body. The Paleo diet cuts out whole grains and replaces them with unprocessed, fresh foods. For those who don’t like a heavy breakfast, a simple fresh salad will do just fine. You can prepare a large bowl of your favorite salad the night before and have your breakfast ready and waiting for you. You can add ingredients like nuts, olives or avocado for a nice flavor twist. A simple vinaigrette of olive oil and lemon juice should also work just fine.
As of 2016 there are limited data on the metabolic effects on humans eating a Paleo diet, but the data are based on clinical trials that have been too small to have a statistical significance sufficient to allow the drawing of generalizations.[3][6][20][not in citation given] These preliminary trials have found that participants eating a paleo nutrition pattern had better measures of cardiovascular and metabolic health than people eating a standard diet,[3][9] though the evidence is not strong enough to recommend the Paleo diet for treatment of metabolic syndrome.[9] As of 2014 there was no evidence the paleo diet is effective in treating inflammatory bowel disease.[21] 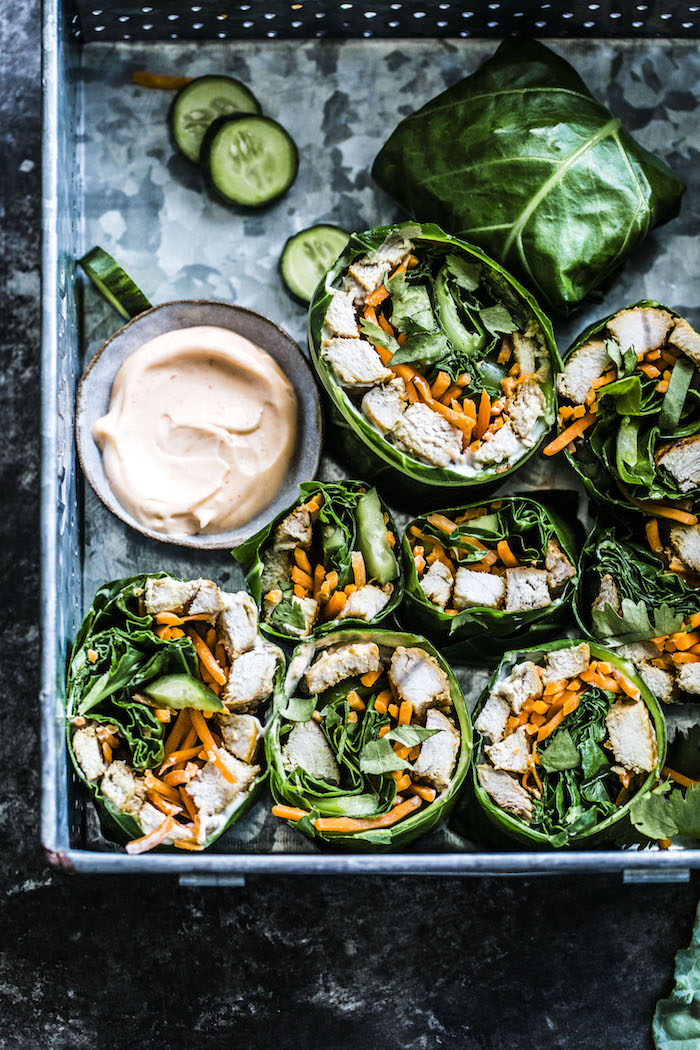 Legumes are members of a large family of plants that have a seed or pod. This category includes all beans, peas, lentils, tofu and other soyfoods, and peanuts. Legumes are not allowed on paleo because of their high content of lectins and phytic acid. Similar to grains, this is a point of controversy in the scientific community. In fact, lots of research supports eating legumes as part of a healthy diet because they are low in fat and high in fiber, protein and iron.


By latest count, about 800 Hiwi live in palm thatched huts in Colombia and Venezuela. In 1990 Ana Magdalena Hurtado and Kim Hill—now both at Arizona State University in Tempe—published a thorough study (pdf) of the Hiwi diet in the neotropical savannas of the Orinoco River basin in Southwestern Venezuela. Vast grasslands with belts of forest, these savannas receive plenty of rain between May and November. From January through March, however, precipitation is rare: the grasses shrivel, while lakes and lagoons evaporate. Fish trapped in shrinking pools of water are easy targets for caiman, capybaras and turtles. In turn, the desiccating lakes become prime hunting territory for the Hiwi. During the wet season, however, the Hiwi mainly hunt for animals in the forest, using bows and arrows.
photo sources: cavemen elephant hunt, caveman cooking over fire, cavemen hunt paleo bear, milk truck logo, darth vader vendor, storm trooper tomato, lego cook, chef and lego pig, lego explorer, lego muffin, lego bread and carbs, frozen caveman grok lego, lego clock, lego caveman forging for food, caveman with wheel, darth vader and ostrich lego, easing into water lego, lego man with pasta The following links tend towards news reports of scientific studies that point out some positive aspect of the paleo diet. If you are looking for current news reports, I suggest signing up for Google Alerts for the Type: News. I have three set up, for: "caveman diet," "paleo diet," and "paleolithic diet." You can also set them up for blogs and/or websites.

Life Without Bread: How a Low-Carbohydrate Diet Can Save Your Life by Christian B. Allan, Wolfgang Lutz. It is based on Dr. Lutz's work with thousands of patients in Austria. It deals with the health issues connected to high carb consumption. It is basically an English version and update of Dr. Lutz's 1967 book with the same title: Leben ohne Brot. He recommends eating only 72 grams of carbohydrates, and an unlimited amount of fat. And provides evidence as to why this is the healthiest diet. Read the review at Amazon by Todd Moody (it will be first!). See excerpts from his earlier edition: Dismantling a Myth: The Role of Fat and Carbohydrates in our Diet
×